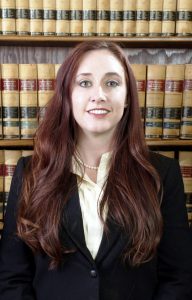 Elisabeth M. W. Trefonas, graduated from California Western School of Law and moved from San Diego, California, to Jackson Hole, Wyoming, in May 2005. Shortly thereafter, she opened her private practice determined to provide exceptional legal services and access to the justice system for every member of her community.

Originally, as one of only three attorneys with expertise in immigration law in the entire state of Wyoming, and the only immigration attorney on the western side of the state, Ms. Trefonas' client base expanded rapidly. Additionally, because Ms. Trefonas was the only Spanish/English speaking attorney in the region (until others joined her firm), her practice provided and continues to provide access to the legal system for a severely under-represented segment of the population. In fact, the Spanish-speaking community makes up almost 15% of the population in Wyoming and an estimated 30% of the population in Jackson Hole.

To keep up with her growing clientele, Ms. Trefonas opened Trefonas Law, P.C., which offers a wide array of legal services in June 2006. The office continues to grow and expand, assisting clients with deportation defense, affirmative benefits applications, and representation in civil and criminal matters.

As of July 2013, she was promoted to the position of Supervising Assistant Public Defender in Teton and Sublette Counties, and is the only full-time Public Defender in that area. Recently a local, prominent judge asked her, "Why would an attorney from Jackson Hole with a thriving private practice also want to be a Public Defender?" To which she replied, "Because I enjoy defense work and every person, irrespective of their economic status, should have the best attorney."

She is admitted to the Wyoming and California State Bars and all Federal Courts.

Ms. Trefonas was featured in the article "Lady Justice, How one woman is waging the battle for Jackson's Voiceless," November 8, 2016.

Andrew Hardenbrook joined Trefonas Law in 2018 with a desire to use his more than a decade of legal work experience to advocate for immigration rights.  After graduating from Vanderbilt School of Law in 2007, Mr. Hardenbrook clerked for one year with the Arizona State Court of Appeals.  Mr. Hardenbrook then was employed as an associate attorney for more than seven years with a large law firm in Phoenix and Salt Lake specializing in corporate bankruptcy proceedings.  In 2016, Mr. Hardenbrook left the practice of law to become a special agent with the Federal Bureau of Investigation in the Los Angeles Field Office.  After more than two years with the FBI, Mr. Hardenbrook returned to the practice of law and moved from Los Angeles to Jackson in 2018 to be with his wife, Dr. Jacqui Hardenbrook, who is a pediatrician in Jackson.  He is proficient in Spanish and basic Portuguese.

Outside the office, Mr. Hardenbrook enjoys skiing, hiking, and playing golf and tennis. 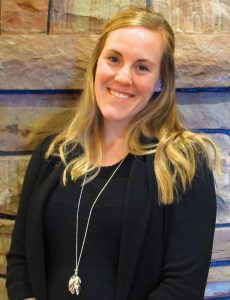 Caroline Baker-Donza joined Trefonas Law in October, 2018. She graduated from the University of Colorado School of Law in 2012. Prior to joining Trefonas Law, Caroline was employed as a Specialist with the Teton County Conservation District, as an Officer for the Institute for Sustainable Communities in Vermont, an Environmental Policy Consultant with Tate Engineering Systems in Maryland, and a Consultant with Carbon Training International in Australia. She is an avid community volunteer serving as the Deputy Chief of Outreach for Endow: Engage, an organization that seeks to diversify the Wyoming economy to create economic opportunities in our State, and is a volunteer attorney with Immigrant Hope here in Jackson. Caroline’s practice with Trefonas Law will be concentrated in immigration law. She is fluent in Spanish. Ms. Baker-Donza is licensed in Wyoming and Alaska.

Mr. Hurska joined the firm as a paralegal after graduating from Northeastern University School of Law. While in law school, he worked with the Immigration and Human Rights division of Greater Boston Legal Services. He also interned as a law clerk for the Massachusetts Department of Environmental Protection, the international non-profit Root Capital, Inc., and a small litigation firm. He speaks Spanish, grew up in Nicaragua and Honduras, and continues to have a home in Nicaragua which he tries to visit as often as possible. Outside the office, Mr. Hruska enjoys playing and instructing tennis, hiking in the mountains, and visiting with friends and family. Mr. Hruska is pursuing his law license in California.

Milessa Ortiz de Jesus graduated from the University of Puerto Rico in 2009, where she majored in Anthropology. Soon after, she moved to Granada, Spain for two years, where she attended graduate school and lived through some of her most fascinating experiences. When she moved back to Puerto Rico in 2011, she was given the opportunity to work for the U.S. Forest Service’s Forest Inventory and Analysis National Program (FIA) and started an exciting five-year journey that brought her to Montana, Utah, and finally, Driggs, ID, where she has lived for the past six years. After the U.S. Forest Service, Ms. Ortiz de Jesus worked for the National Museum of Wildlife Art in Jackson, Wyoming, for three years, where she developed her leadership and other skills both personally and professionally.

She joined Trefonas Law in 2018, bringing an incredible passion for fairness, equality, and justice to the firm. She is the first point of contact with clients and interacts with them on a daily basis with the utmost respect and kindness. Her compassion, dedication, exceptionally high work quality and ethic, keeps the firm running optimally and makes it a positive place to be and work. 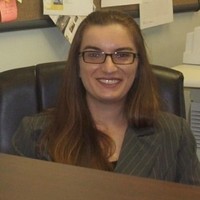 Ms. Dartora graduated Magna Cum Laude from the National Paralegal College with an Associate Degree in Paralegal Studies in 2014, while she initially formed part of the Trefonas Law team from 2010 through 2016.  After 3 years of further experience as an Immigration Paralegal, Ms. Dartora established Paralegaling, LLC, and re-joined Trefonas Law, P.C as an independent virtual paralegal in September 2019.  As an immigrant from Brazil herself, Ms. Dartora aspires to utilize her skills and experience to assist her fellow immigrant population who consider the United States their home.  Ms. Dartora enjoys learning languages and is fluent in English, Spanish, and Portuguese, and a baby beginner student of Italian.