In many American ski towns, the tourism and services economies would grind to a halt without their Latino populations. In a place like Jackson, Wyoming, the Latino community is a mix of documented immigrants and undocumented workers – many of whom are facing increasing risk of deportation under the current Presidential Administration, often resulting in family separation.
​
Members of the Latino community ski alongside us, live next door, and participate in the same kids programs and school classes. They build homes and hotels, landscape, paint, clean sheets and towels, stock groceries, and cook in the restaurants we frequent. They keep the machine humming. Yet, we barely notice them.
​
The documentary film, The Quiet Force, investigates the human and economic impact of hispanic immigrants living in ski towns— specifically, Mammoth, Vail, and Jackson—where they comprise 30 percent (or more) of the local population. 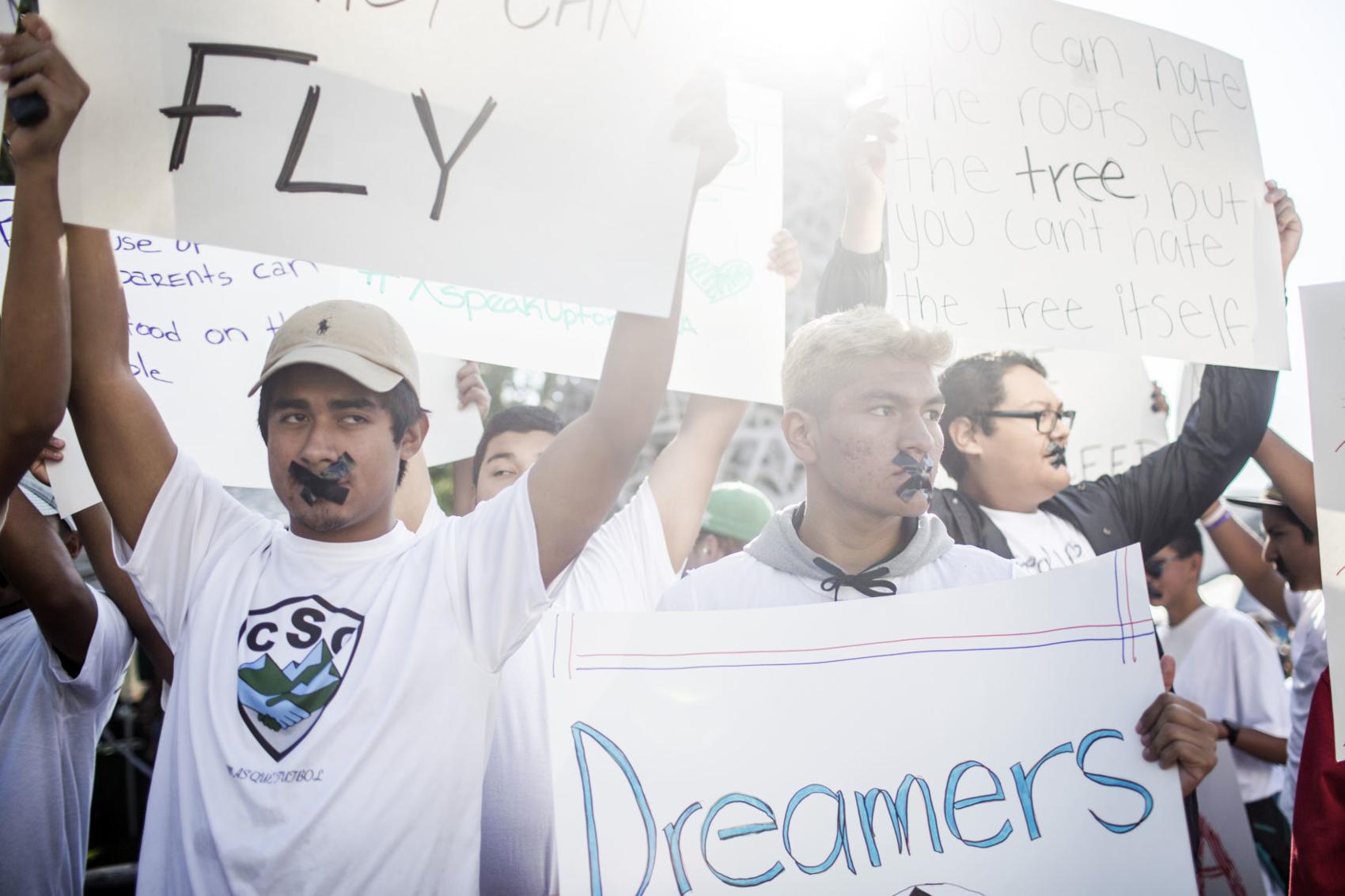 Criminal case is dismissed after prosecution is deemed impossible.

A case unlike any other in Teton County was dismissed Tuesday morning after the defendant’s attorney told the court the United States government can’t have its cake and eat it, too.

After being arrested in October 2016 for having sex with his 15-year-old girlfriend, Miguel Cortes Hernandez was ordered by a federal judge to “voluntarily self-deport” to Mexico.

Because he followed federal orders, Hernandez violated a Wyoming district judge’s order: failing to appear on the count of second-degree abuse of a minor. 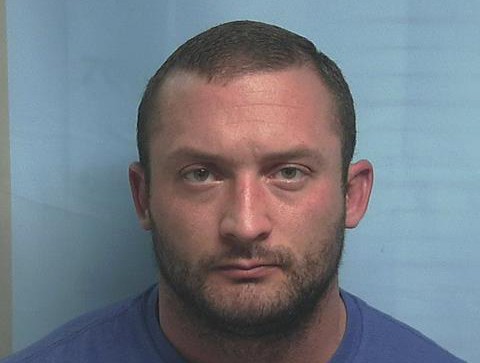 EVANSTON — An Evanston man was found not guilty in Third District Court on Wednesday, April 4, on charges of sexual assault relating to an incident that occurred in February 2017.

Sean Wayne Weston faced charges of inflicting sexual intrusion upon someone who he knew or should have known had a mental illness, deficiency or developmental disability such that she did not understand her actions, and of using his position of influence and authority as her personal trainer to cause her to submit to sexual acts.

A jury of seven men and five women found Weston not guilty in the case that centered on Weston’s involvement with a female client who had hired him as a personal trainer. The woman had suffered a traumatic brain injury as a child, which left her with a significant learning disability.

Do immigrants have rights in to the U.S.?

Yes.  The U.S. Constitution applies to ALL people – citizens, resident aliens, and undocumented immigrants. No state or government can deprive you of “life, liberty, or property,  without due process of law;” or “equal protection of the laws.” If you are in immigration custody, you have the right to question your detention, know why you are in custody, contact a lawyer, see a Judge and have a hearing, and to be treated according to the same legal procedures that protect all of us. You cannot just be picked up and deported.

My child was born in the U.S.  Can his or her U.S. citizenship be taken away?

No.  All persons born in the U.S. have U.S. citizenship, even if their parents were  not born in the U.S. There has been talk that President-elect Trump would get rid of citizenship rights  for people born in this country with parents born in a different country. To change this, the U.S. Constitution would have to be changed. Changing the Constitution would require majority approval votes by both the U.S. House of Representatives and Senate and ¾ of the States.  Mr. Trump cannot make this change on his own. Across the U.S. there is little support to change citizenship rights.

How do I answer questions from Law Enforcement and Immigration Officers?

ALWAYS BE POLITE WITH OFFICERS. Law enforcement’s duty is to investigate crimes and keep us all safe. If officers reasonably believe a crime happened, they have the right too  search and investigate it within limits.

2. Stay calm and identify yourself  with valid identification if asked.  You have the right to NOT answer questions about your status/papers.  You can politely tell the officers that you do not want to talk about your status or would l like to speak with a lawyer first.

3. You do not have to open the door of your home or work for an officer, UNLESS the officer has a warrant, or order signed by a Judge, or is serving court paperwork, to come and search for you or another person in that place. You have the right to ask the officer to slide the warrant papers under the door to confirm they are properly issued.  You have the right to limit officers’ search to the areas listed in the warrant.

It is a federal misdemeanor crime for a person to enter the U.S. without proper documents. This can be investigated by federal authorities where they have reasonable suspicion you have committed this crime. Local officers do not have authority to investigate this federal crime.  Officers have the right to ask you any question they want to. But, you also have the right to not answer.

This is nearly impossible.  More recently, Mr. Trump said he’s going to focus on “2-3 million criminal immigrants.”  The real number of undocumented people in the U.S. with criminal records is around 820,000.  Many of those are for minor traffic violations.  Deporting the 820,000 undocumented people with criminal records would require billions of additional dollars that would need to be approved by both the U.S. House of Representatives and Senate.  Current levels of available funding allow for about 400,000 deportations in a year.

What will happen to the Deferred Action for Childhood Arrivals (DACA)?

President-elect Trump has said he will stop DACA when he takes office immediately. Because this is a presidential program Mr. Trump can cancel it on his own at any time.

1.    Trefonas Law attorneys advise filing your renewal application if you can, which takes about 8 weeks to get approved. (Eight weeks from now will be after Trump’s presidency will start).
2.    It may be best to wait if you are a new applicant and see what happens with the program.  New applications take about 9 months to be approved. Applications cost $465.00 and this money can be lost if the program is ended.
3.    If a person is a current DACA and entered the U.S. without papers, while DACA exists, there is a way to fix this entry to be eligible for other immigration benefits in the future. This is called
“Advanced Parole” and gives a DACA the opportunity to leave the country for education, humanitarian, and employment reasons and to reenter the U.S. with a proper entry. If you believe you fit in this category you are encouraged to speak with lawyers experienced in this law. 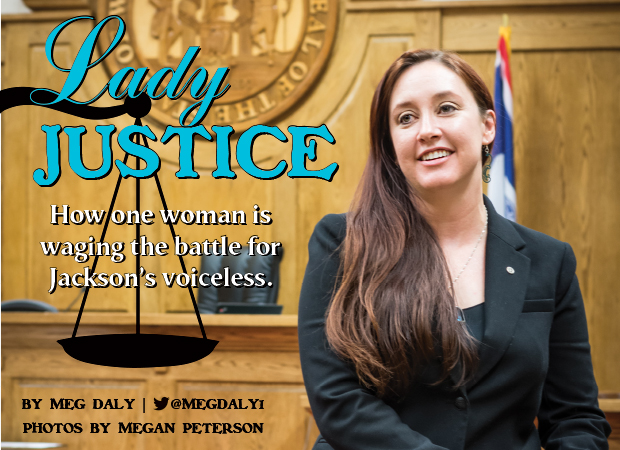 How one woman is waging the battle for Jackson’s voiceless.

JACKSON HOLE, WY – Elisabeth Trefonas is skilled at making eloquent pleas on behalf of her clients, but on June 6, Trefonas’ voice trembled as she held back tears in front of a packed room in Jackson town chambers. She was there for the public comment portion of a council meeting that garnered 100 residents and advocates, organized by the housing advocacy group Shelter JH to decry Jackson’s housing crisis.

“I’m sorry to get choked up,” she told the town council. “But this is so important. We need your help. We are begging for your help.”